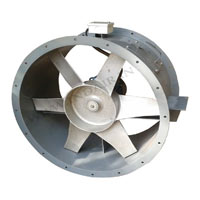 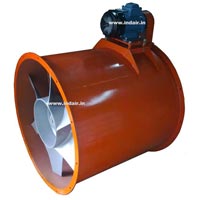 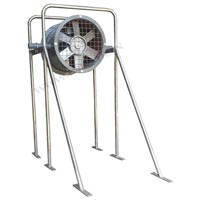 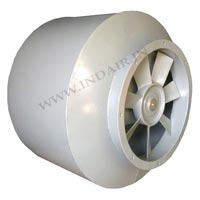 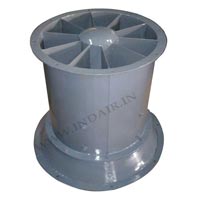 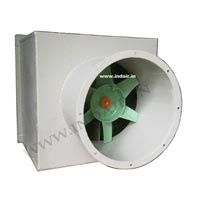 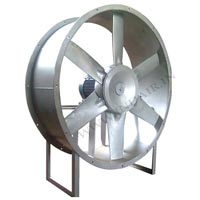 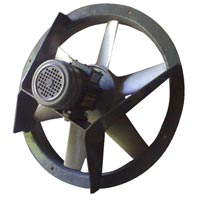 An Axial Fan normally uses a propeller, for more economic there will be 5 or more blades, to draw the air through a section of ductwork or a flat wall panel and out the other side in an axial direction. There is also one type of axial fan that has a centrifugal wheel mounted in a section of duct work and is classified as a tubular centrifugal.

Axial flow fans or axial fans use a propeller to draw the air into the fan and discharge it in the same axial direction in helical form. The most common types of industrial axial fans are: tube axial fans (or duct fans), panel fans (or wall fans), vane axial fans, personnel coolers and air circulators.

In variable pitch model, the blade angels could be adjusted to vary volume and pressure developed by the impeller. Capacity of the fan varies with the blade angle extensively without changing speed of the fan.

Generally the discharge of the axial fan throws the air in helical pattern. When the helical pattern is not preferred, the directive vanes are included. These fans are termed as van axial fans.